The Lombardy province of Brescia is bathed by the western and southern shores of Lake Garda. Moving southwards from the northern border with Trentino Alto Adige, the landscape gradually changes from the rugged nature of the Alto Garda Bresciano Park to the more populated areas of Lombardy. The most important lakeshore destinations in the province of Brescia - all offering campsites and resorts - include: Sirmione, with its famous thermal spa and Scaligero Castle, Desenzano del Garda, Padenghe sul Garda, Moniga del Garda, Manerba del Garda, San Felice del Benaco, Toscolano Maderno, Gargnano and Limone.

Travelling eastwards, we cross into the Veneto area of Lake Garda; here too the more popular tourist resorts are to the south and the landscape becomes increasingly wild the further north we go, with Mount Baldo and the border with Trentino Alto Adige. In the southern part of the Veneto Garda are the celebrated amusement parks such as Gardaland and the Caneva water park. Important lakeshore destinations in the province of Verona include: Peschiera del Garda, Lazise, Bardolino, Torri del Benaco, Brenzone sul Garda, Malcesine, San Zeno di Montagna and Castelnuovo del Garda.

At the northern tip of Lake Garda is a short stretch of shore in Trentino Alto Adige; the primary attraction of this area is its nature and the surrounding mountains. The picturesque setting is ideal for holidays devoted to relaxation, but also for active holidays, with water sports from sailing to windsurfing and nature trails to be explored on foot or by mountain bike. You can also try paragliding and rock climbing in this area. Well-known places in the province of Trento on Lake Garda include: Riva del Garda, Nago - Torbole and Arco.

Not your favourite option? Discover our other offers! 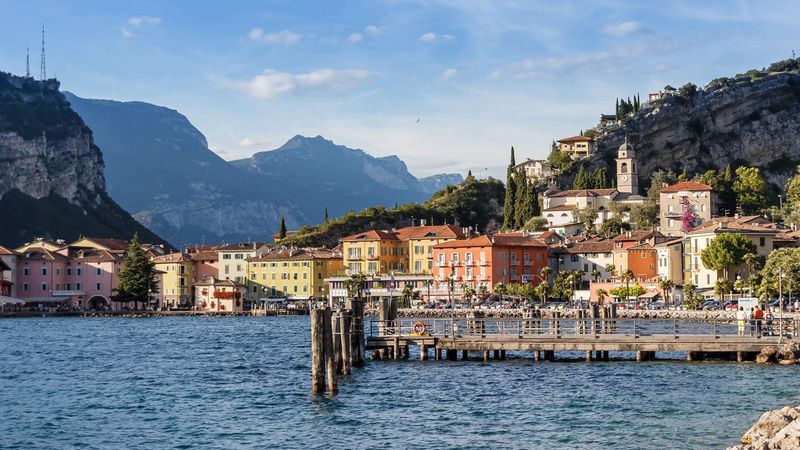 Campsite on the Lake Garda: relax, sport and excursion

Why choosing the Lake Garda for your holidays? Lake Garda is the ideal destination for the active vacations, relaxing or in contact with n
Read more

Campsite on the Lake Garda: relax, sport and excursion

Want to read the whole thing? Go to the entire abstract.